After over a month of effort, and diligent feedback from our players, we have a very exciting update, Progression 2.0 AND Aesthetics!

The unlocks system now provides what the game needed most: direction. Although tutorials, quests, and campaigns, got players in the game, many felt lost when it came to how to best upgrade their avatars. Fascinatingly enough, many players simply didn't know what tools were available for upgrading their gladiators!

The new unlocks page now acts as the centralized hub for expanding the player's capabilities. It gives a sky-high view of how much of the game's modifiers, traits, skins, and more they have yet to unlock. For each unlockable, it has a short description, and a detailed description with numeric and visual examples. Also, unlocking now grants you an item with that new modifier, trait, skin, etc so the player can try it out immediately! Neat! 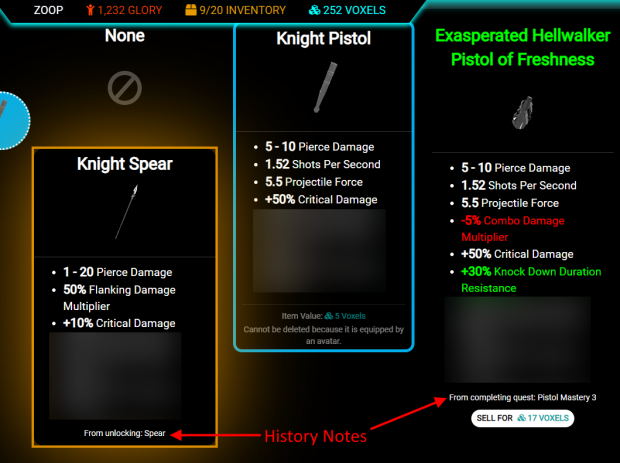 The unlocks page will even list out unlocks that are in your inventory or campaign! No more forgetting about those beloved voxel shop slots or even more importantly, the voxel smith itself!

In our follow-up patch, we also greatly polished the game's aesthetic! Rebalancing post effects, contrast, adding motion blur, overhauling nearly all particle effects, and adding background props like a jumbotron and stadium lights, all of which greatly enhance the cinematic feel of the game!

It may seem small, but trust us, it makes a world of difference, and the players agree! It feels like a new game!

A looter brawler with limitless player customization, where you experience the glory of brutal gladiatorial combat!